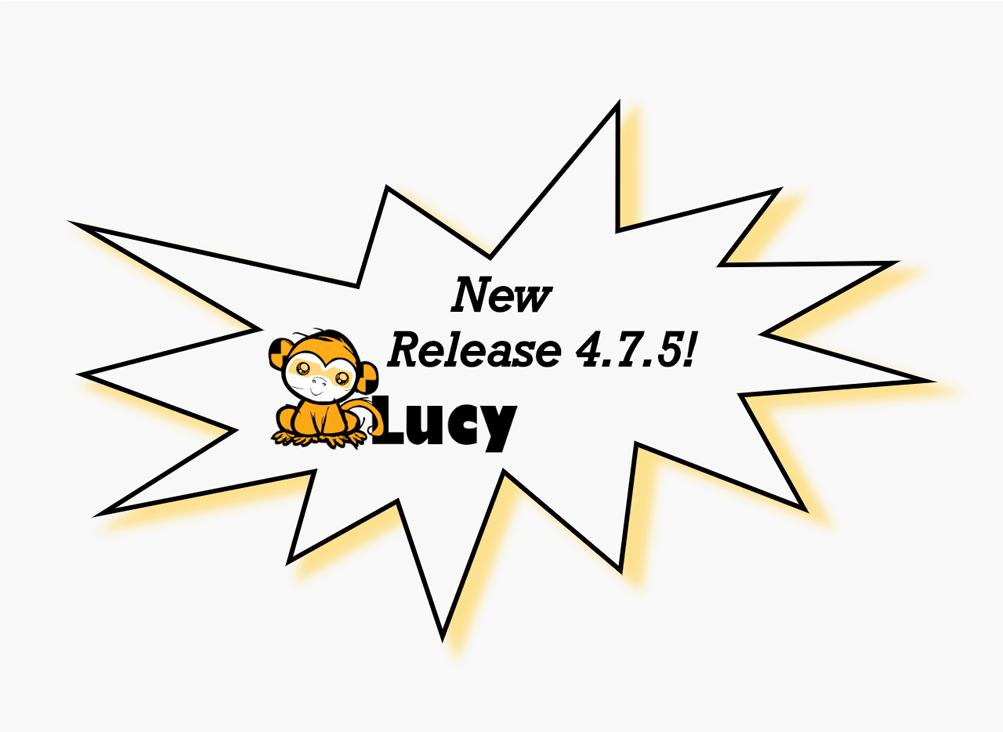 Why LUCY 4.7.5 is a milestone in our product development

The latest release 4.7.5 brings a new training experience for end users with the new End User Learning Portal. The popular Phishing Incident Plugin now supports multilingualism. And the administrator benefits from even easier campaign creation and the usability of the platform has been simplified.

The latest LUCY version is available immediately via download.

New Learning Portal – In addition to the phishing tests, the eLearning components of LUCY have gained in importance in recent years. The end user can be trained in LUCY using hundreds of templates, all of which can be customized by the administrator. Usually the end user receives an invitation e-mail to complete a training module. But it works also without mails: end users can also log in directly to their personal LUCY training portal and complete the training courses activated for them. Its also the place where they can manage their training diplomas. With version 4.7.5, which was delivered at the end of August 2020, this part of the LMS (Learning Management System) was extensively revised by LUCY. The end user now has a real training library that can be made available to him in a personalized way.

Multilingual Incident Plugin – The so-called ‘Phish Button’ is an important tool in the fight against malicious mails and a central element in the integration of the employee into the security system of the organization. The highly configurable LUCY Phishing Incident Plugin can now be used from Outlook to Gmail. In addition, as of V 4.7.5, the plugin can be configured and maintained in multiple languages, which is a great relief for larger organizations.

Wizard for infrastructure tests – The LUCY platform allows not only the execution of awareness trainings and phishing tests, but also so-called infrastructure assessments can be performed with the solution. Such assessments answer the administrator for example the question “How far would a malware get in my network in case of penetration?” Another popular assessment is the mail and web filter test, which answers the question “Which file types go through, via mail program or web browser?” A wizard is now also available in LUCY for the configuration of these infrastructure tests and offers the administrator massive efficiency gains when setting up such ‘audit campaigns’.

Many other improvements and bug fixes – On top of that, existing functionalities have been improved and extended, be it the new menu navigation, revised statistics or the revised scenario settings. Also many bugs have been fixed in LUCY V 4.7.5, the most important bugfixes can be found in the list below.

The 3 main Reasons your users get hacked
November 4, 2021

Which Cyber Training has the greatest learning impact?
April 19, 2021

Holistic Cybersecurity a Must for the Healthcare Industry
April 1, 2020

All Training on Home and Remote Working free of charge
March 25, 2020